Even though Venice has been part of my life since I was born, I feel it is always, to some extent, elusive. And, strange though it may sound, over the years I’ve come to the conclusion that one can never know Venice fully.

Every time I walk down the station steps (the second rite of passage after the Ponte della Libertà), that same wonderful, intriguing sensation is kindled anew: I so want to know this city, I so want it to know me. Face to face with her, I lower my every defence, strip my soul. Every time, she languidly escapes me.

Yet even as she eludes me she lets me savour her beauty, embracing my soul, inebriating me, just brushing against me. And so it is on the way back, as we utter our glum goodbyes, two far-apart entities who, for a few brief hours, have enjoyed intimacy.

I can’t describe Venice, yet I experience it.

I find consolation in the fact that I’m not the only one to feel that way. In this sense, Charles Dickens said:

“I never saw the thing before that I should be afraid to describe. But to tell what Venice is, I feel to be an impossibility. […]

I have never in my life been so struck by any place as by Venice It is the wonder of the world. Dreamy, beautiful, inconsistent, impossible, wicked, shadowy damnable old place, I entered it by night, and the sensation of that night, and the bright morning that followed, is a part of me for the rest of my existence. […] Venice was such a splendid Dream to me, that I can never speak of it, from sheer inability to describe its effect upon my mind.”

"One always takes for granted that Venice is the ideal city for a honeymoon, but this is a serious error. Living in Venice, or simply visiting it, means to fall in love with it, and there is no space left in the heart for anything else." 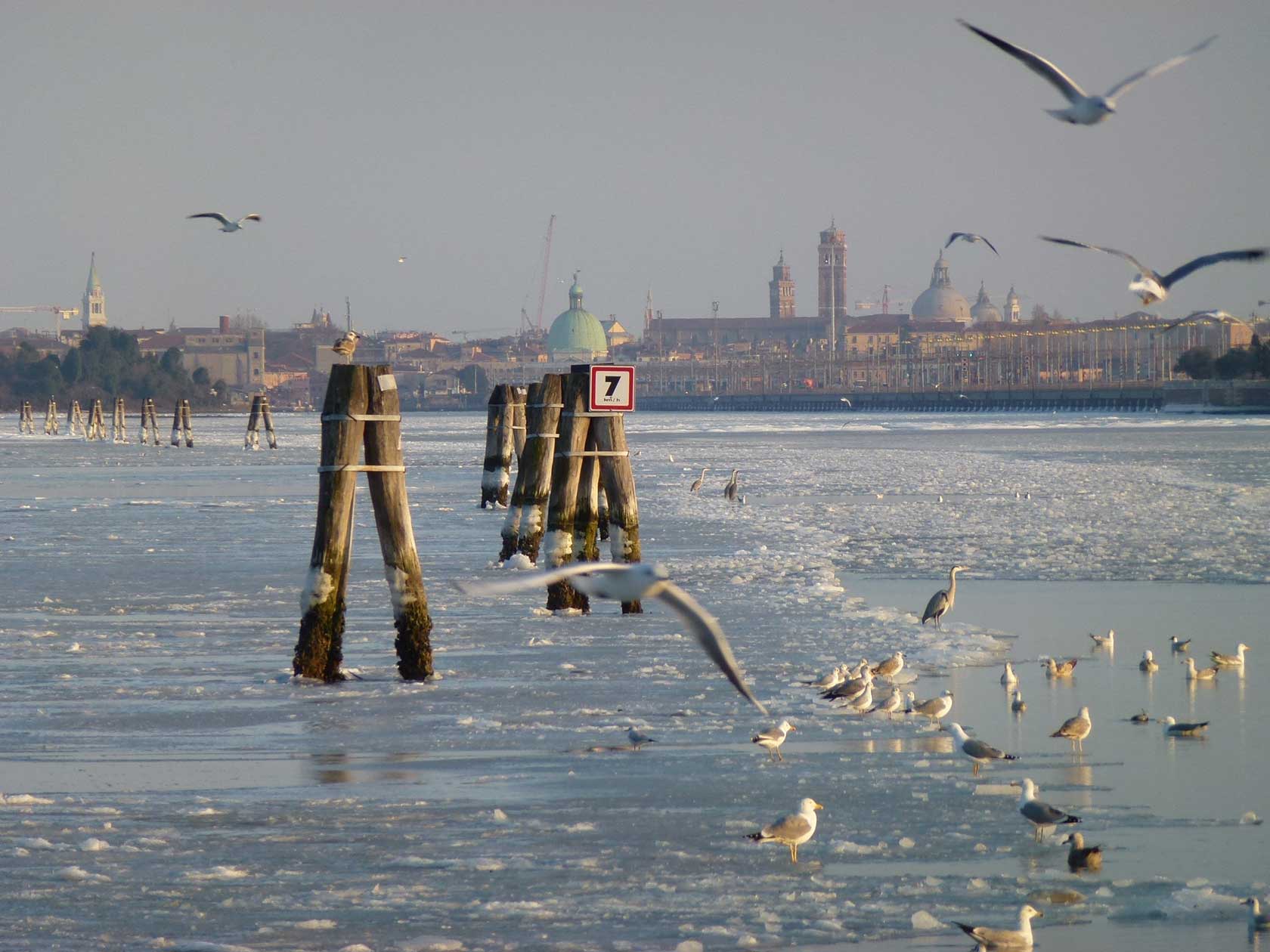 As is evident, Venice is a city built on the sea. What’s less obvious and even more surprising is that Venice rests on two million wooden poles. Immersed in water, they bear the weight of an entire city, its palaces, its bridges, the stream of people strolling through its calli.

Water is the defining element of Venice. It unites yet separates, it seeps into small cracks between buildings, it embraces the city’s 124 islands. And here, the Grand Canal girdles the city, like a silk scarf draped around the neck of a young woman in a gondola.

There are only two ways of getting around Venice: on foot or by boat. Yet how do all the ferries, boats and gondolas find their way through the canals and the lagoon beyond?

With a system that’s been in use since the 1400s, made up of brìcole. Their reassuring presence shows the way, indicating which canals are navigable, even at low tide. The brìcole are course-plotting aids, protecting sailors from sandbanks, marking out routes through the murky mists of the lagoon.

The brìcole bear witness to the life that flows through Venice. They are tireless observers of everyday happenings: when the sun shines and when the fog settles like a cobweb over the majestic palaces. Looking through a brìcola is rather like reading a good novel… That’s why I like and, indeed, envy them a little.